NOTICES:
IMPORTANT NOTICE: SATURDAYS OF THE 28 OF JANUARY AND 4,11, AND 18 OF FEBRUARY 2023. THE HACIENDA WILL CLOSE TO THE GENERAL PUBLIC AT 12:00 HOURS DUE TO A PRIVATE EVENT.

Hacienda Yaxcopoil (YASH-coh-poh-EEL) is a Yucatan plantation located near Merida, Mexico and dating back to the 17th century. The name Yaxcopoil means “the place of the green alamo trees” in Mayan and was named after the Mayan ruins nearby. The Hacienda represents the history of three great periods in the Yucatan Peninsula: the pre-Columbian period, the Spanish colonial period, and the boom years of henequen cultivation during the late 19th and early 20th century.

Hacienda Yaxcopoil was once considered one of the most important rural estates in the Yucatan due to its size and magnificence. It covered about 22,000 acres of land at the time of its greatest splendor, operating first as a cattle ranch and later as a henequen plantation. Over time, due to continuous political, social and economic changes, the estate has been reduced to less than 3% of its original size.

Traveling south on the highway from Merida to Uxmal and the Puuc Route, you will recognize Yaxcopoil by its characteristic monumental “Moorish double arch.” This typical structure of the colonial period, possibly the most beautiful one of Yucatan, is an open gate offering a cordial welcome to visitors. The hacienda is an easy trip from Merida and is open daily for tours. The grounds also offer a guest house, a museum of Mayan artifacts, as well as a gift shop and snack bar.

A tour of Yaxcopoil will reveal that it is one of the few haciendas that has been maintained in its original condition. The spaces and furnishings that were used during the late 19th century are presented realistically, giving the visitor the effect of stepping back into history. Here you will find antiques, machinery and other typical articles used during the hacienda’s period of splendor.

The main building (casa principal) contains large lounges and drawing rooms, spacious corridors with high ceilings, and extensive gardens with varieties of colors and exuberant vegetation that create a unique and incomparable atmosphere. The original European furniture hints at the wealth and tastes of a bygone era.

The reception room is presided over by two oil paintings showing Don Donaciano Garcia Rejon and his wife Doña Maria Galera, who acquired the hacienda in 1864. Since then the estate has been passed down through the generations to its present owner, a descendant of Don Donaciano and Doña Maria. The office contains books, maps, documents, and other collections that form part of the archives of Yaxcopoil’s administration over the years.

The hacienda’s oratory holds an oil painting from the colonial period with the image of its patron saint, San Geronimo de Yaxcopoil, who is still venerated in the pueblo near the hacienda. The dining room and kitchen portray the genteel manner of domestic and country life.

In the orchard area, the water tanks, dressing rooms and the well with their US-American made motor and pump of the early twentieth century, still in use today, are supplying water for the daily demand.

One of the halls of Yaxcopoil is called the “Maya Room." It has been converted into a museum for display of numerous pieces of ancient pottery and other archaeological relics of the “classic period” (A.D. 250-900) found in the Mayan ruins of Yaxcopoil. These ruins are located near the Hacienda within the montes (forest and scrub land). The ruins consist of numerous unexcavated pyramids with heights that vary from six to twenty meters, a court for ceremonial ball games, and stelae, which are scattered in an area of about eight square kilometers.

Hacienda Yaxcopoil also has a large machine house, or casa de maquina, where the henequen shredding machines (planta desfibradora) were used to render fibers from the henequen plant. In the engine room, which is maintained in good condition, there is a 100 HP German diesel motor made by Körting (Hannover) in 1913. The engine was used until 1984, when the production of henequen fiber in the hacienda ended, after more than a century in operation.

The workshop and storehouse are beautifully decorated with neoclassic columns and four sculptures representing the seasons of the year from the Pottery factory of José de Antonés in Hostafrancos, (Barcelona). As you exit the front door of the engine room, you can see other plantation buildings at the far end of the central square (manga): the school, the hospital, the store, and some houses for the workers.

Yaxcopoil is undoubtedly the best known and most accessible henequen hacienda in the Merida Mexico area. The classical hacienda architecture of the main building and the henequen shredding plant have been the scenic background for various movies and television programs.

The imposing entrance arch to the corral, with a strong Moorish flavor, must have been built around 1800 and its design can be attributed to the architect Santiago Servián, a native of Cádiz and who arrived in Yucatán at the end of the 18th century with the commission to build the dome of the church of San Cristóbal, which later became established in Mérida; His work is very numerous and is a reflection of his Andalusian origin.

A visit to a hacienda is important in order to understand the rich history of the Yucatan. While many haciendas have been destroyed or allowed to fall into ruin, Hacienda Yaxcopoil has been preserved. If you are nearby in Merida, come visit and step back into history.

Traveling along the south highway, heading for the ruins of Uxmal, passing through Yaxcopoil, the building that most characterizes it emerges immediately: its monumental "Moorish double arch" of the colonial period, perhaps the most beautiful of Yucatan, is an open gate offering you a cordial welcome to the visitors. 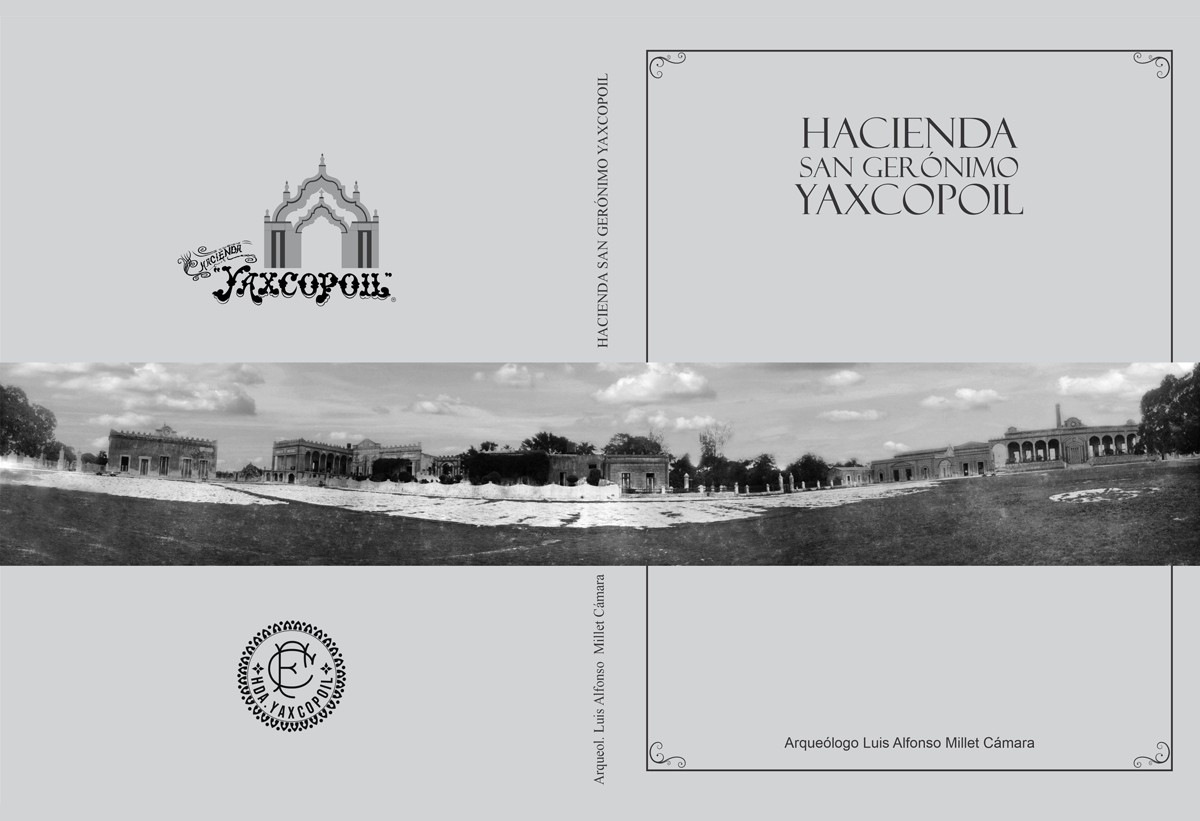 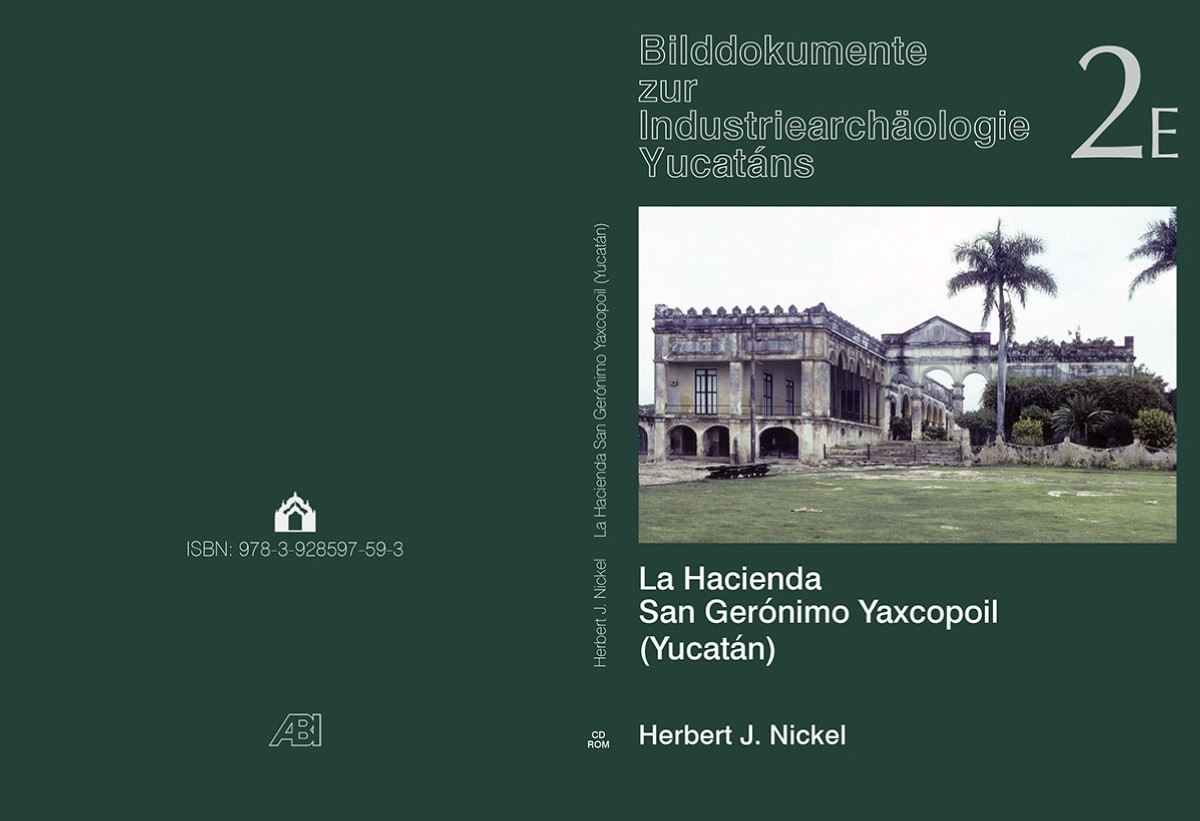